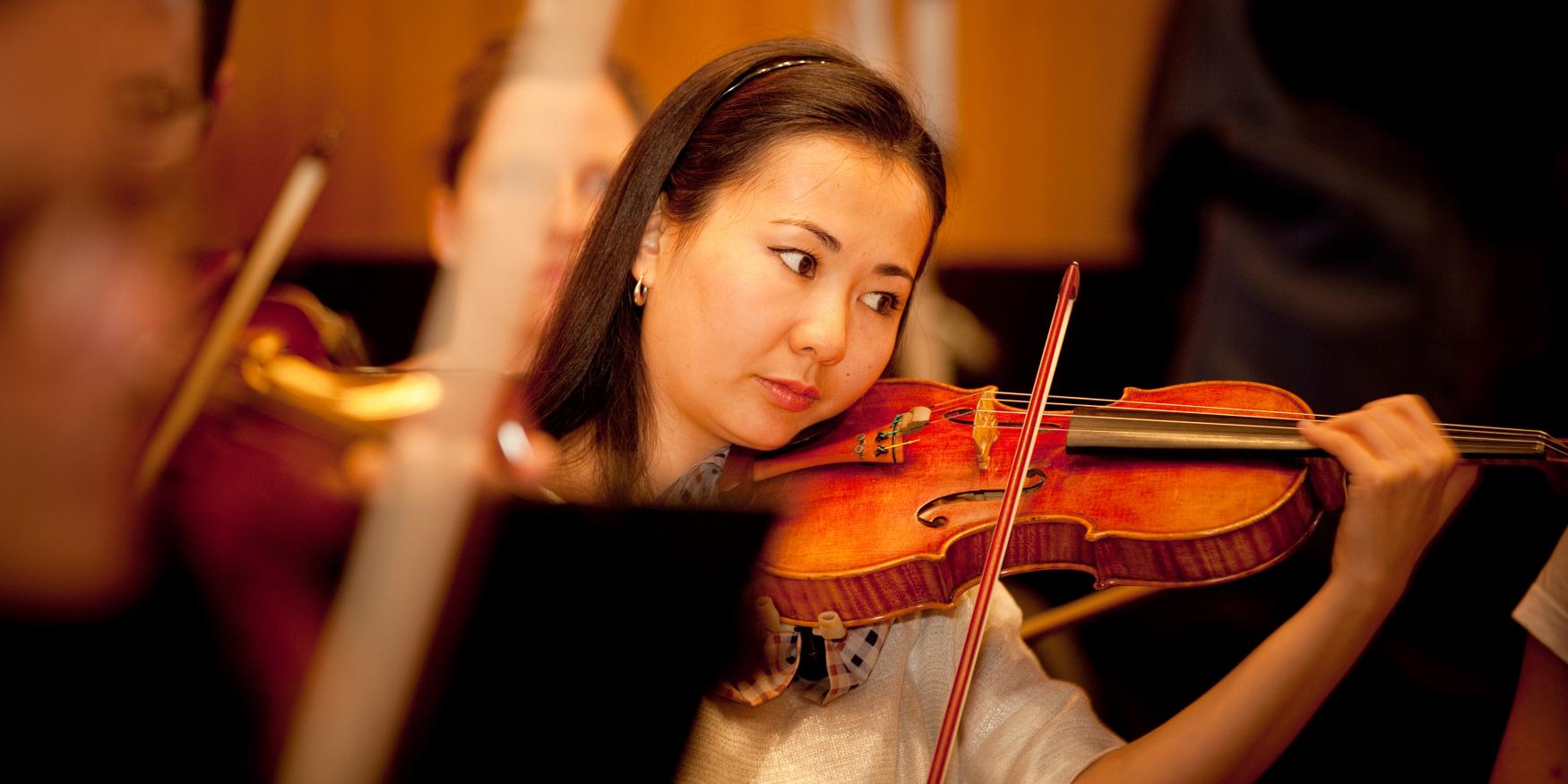 Zhanna Li, born in Alma-Ata in Kazakhstan in 1984, began learning the violin aged six with Prof. A. Abatova at the Bajseitova Special Music School for gifted children in Alma-Ata. In 1994 she moved to the Rimsky-Korsakoff Special Music School for gifted children in St. Petersburg where she was taught by Prof. O. Shulpiakoff. From 2002 she studied at the Tchaikovsky Conservatory in Moscow with Prof. Irina Botchkova. From 2007 to 2009 she did a postgraduate course in the form of master classes with Prof. Jens Ellermann at the Hochschule für Musik und Theater München. Since 2009 she has been studying at the University of Music and Performing Arts Vienna with Prof. Gerald Schubert.

In 2007 she was given the position of assistant concertmaster in the chamber orchestra Jahreszeiten in Moscow. From 2010 to 2011 she was leader of the second violins at the Landestheater Innsbruck and has been first violinist in the Vienna RSO since 2012.