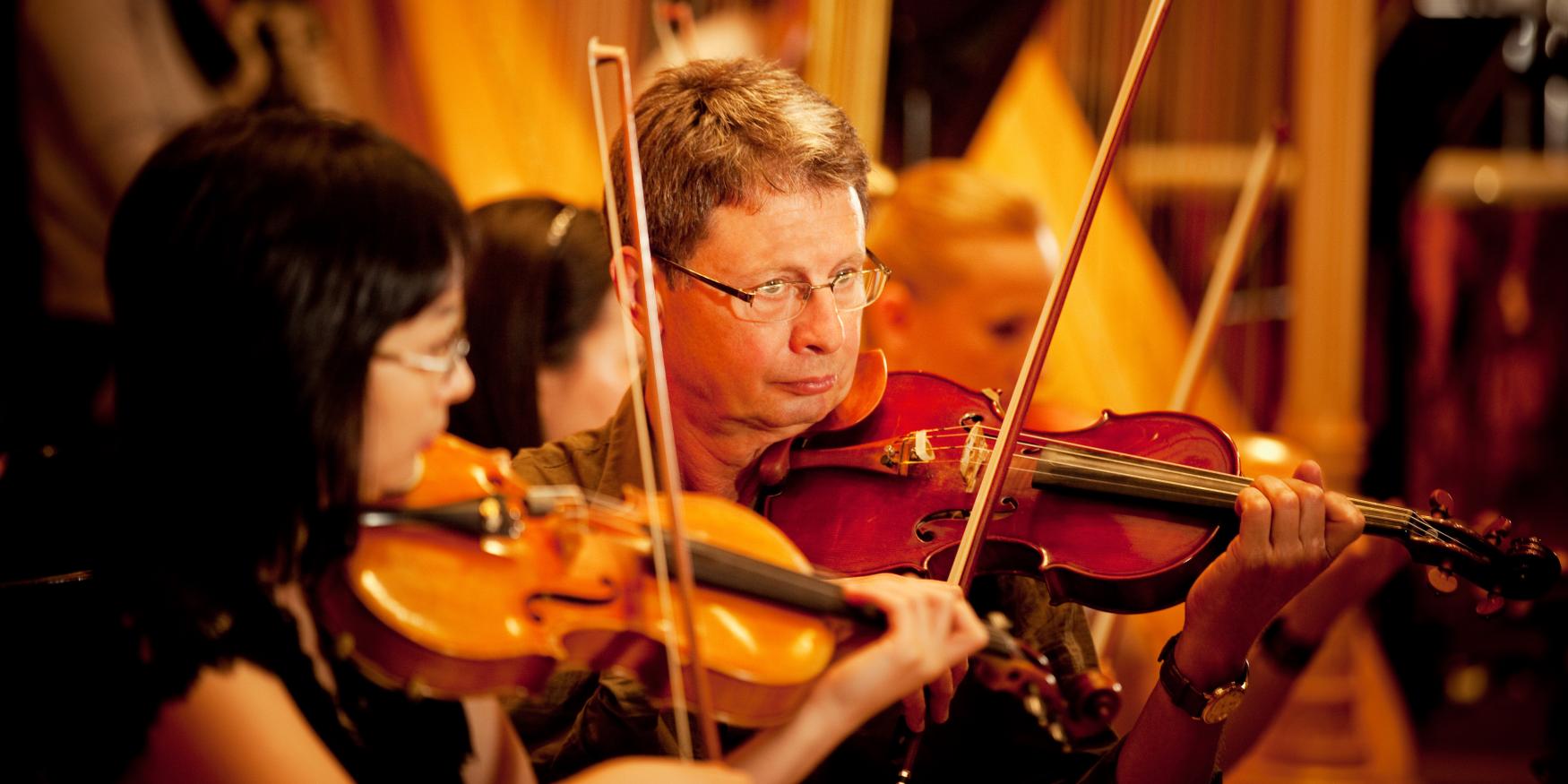 He took his first violin lessons at a local music school, before going on to the music high school of the city of Fergana. From 1976 to 1982 he studied with Irina Botchkova and Evgenia Tchugajeva at the Tchaikovsky Conservatory in Moscow, gaining his diploma.

From 1982 to 1985 Jussuf Karaev was principal violin in the Philharmonic Orchestra of the City of Tashkent in the Soviet Republic of Uzbekistan.

Since 1995 he has been working at the University of Music and Performing Arts Vienna as a teacher.

He has been principal violin with the ORF Vienna Radio Symphony Orchestra since 1986.