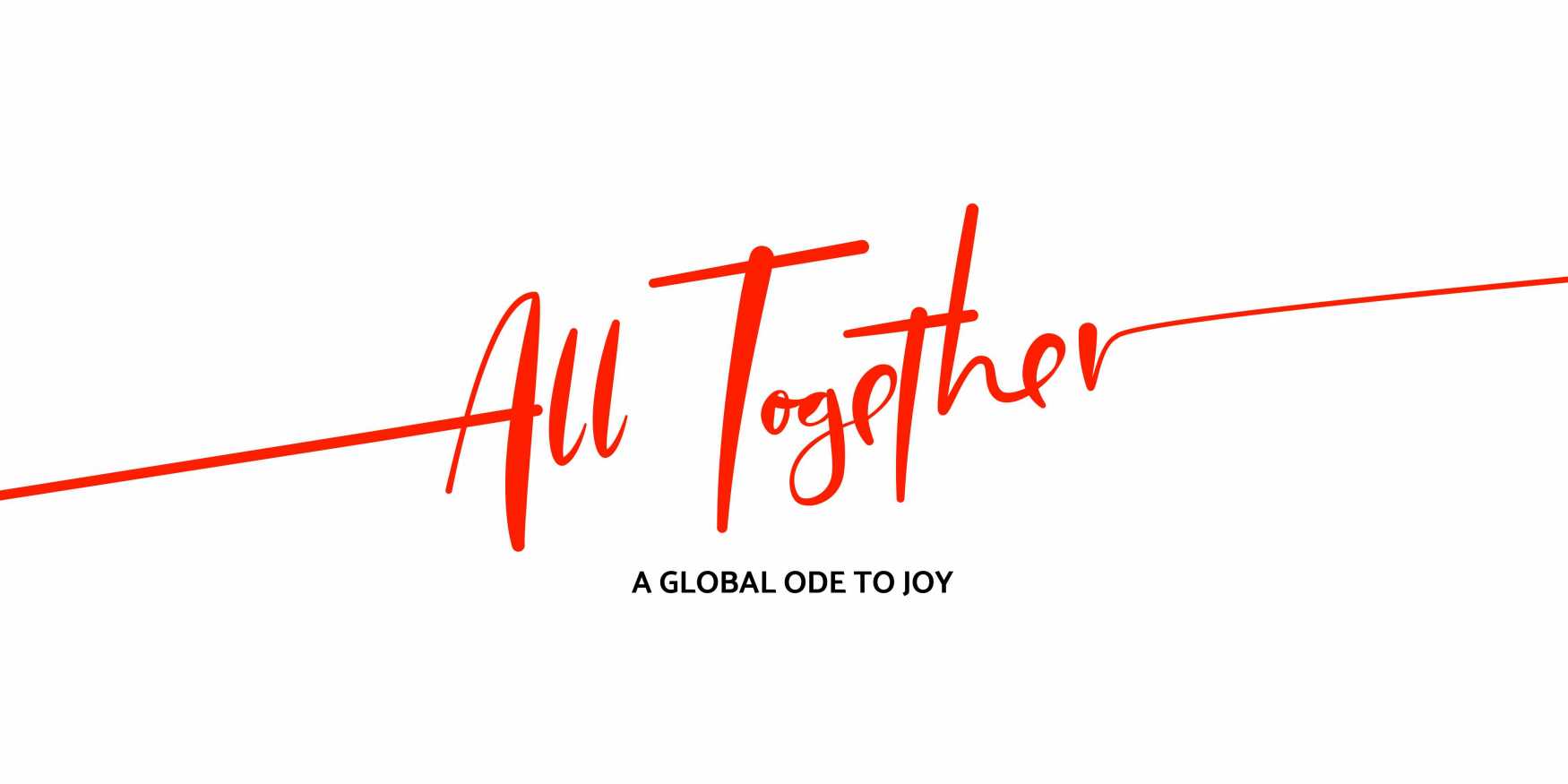 All Together: A Global Ode to Joy

In celebration of the 250th anniversary of Beethoven’s birth, visionary conductor Marin Alsop will lead performances of Beethoven’s Ninth Symphony on five continents with nine renowned partner orchestras as part of a yearlong global project.

Creating music together can be a tremendously joyful act, binding us together in times of celebration and times of hardship. When Beethoven incorporated Friedrich Schiller’s poem "Ode to Joy" into his Ninth Symphony, it was a radical call for equality, freedom, and brotherhood. All Together: A Global Ode to Joy reimagines Beethoven’s Ninth Symphony as a 21st-century call for unity, justice, and empowerment.

In celebration of the 250th anniversary of Beethoven’s birth, visionary conductor Marin Alsop will lead performances of Beethoven’s Ninth Symphony on five continents with nine renowned partner orchestras as part of a yearlong global project. Partners will reimagine the concert experience for their communities, presenting newly created music alongside the music of Beethoven and artists from their region. As part of each performance, "Ode to Joy" will be translated into a local language.

"Ode to Joy is about standing up and being counted in this world. It’s about believing in our power as human beings," said Ms. Alsop. "Everyone will be tied together by this experience. And I think that’s the important element—that through this project, we will bring diverse communities together, and communities who don’t normally work together."

All Together: A Global Ode to Joy presents a rare opportunity for major musical institutions from around the world to unite in a single project. Each partner will reimagine the concert experience for their own community, incorporating newly-created music alongside the symphony and featuring artists from their own region. In each performance, Ode to Joy will be translated anew into a local language. Concerts will take place in São Paulo, Brazil; London, England; Baltimore, Maryland, USA; major centers of New Zealand; Sydney, Australia; Vienna, Austria; Durban and Johannesburg, South Africa; and New York, New York, USA.

"Creative learning projects have the power to inspire dialogue and bring communities together," said Clive Gillinson, Carnegie Hall’s Executive and Artistic Director. "Through its global reach, this project has the potential to shine a light on all of the inspirational and imaginative work happening at partner institutions around the world, strengthen connections across continents, and present a truly unique and exciting take on Beethoven’s Ode to Joy."

Carnegie Hall will present the final concert in Stern Auditorium / Perelman Stage in December 2020. Rooted in the vibrancy of New York City and connection to each of the global sites, the concert will feature performers of all ages and guest artists from a wide range of genres, backed by a 300-voice choir made up of singers from across the city. Community songwriters will also compose new music, boldly interpreting the ideas of "Ode to Joy" in response to today’s world. In April 2020, these songwriters will join mezzo-soprano Joyce DiDonato for a celebratory performance in Zankel Hall.

"For me, Beethoven’s Ninth Symphony is a revolutionary piece. It’s a piece that changed the history of classical music certainly, but it’s a piece that also pushed the envelope," said Ms. Alsop. "That sense of rebellion and that sense of relevance has always struck me as being unique. Having an opportunity to celebrate the 250th anniversary of Beethoven’s birth by reimagining his symphony—I think he would have loved it."