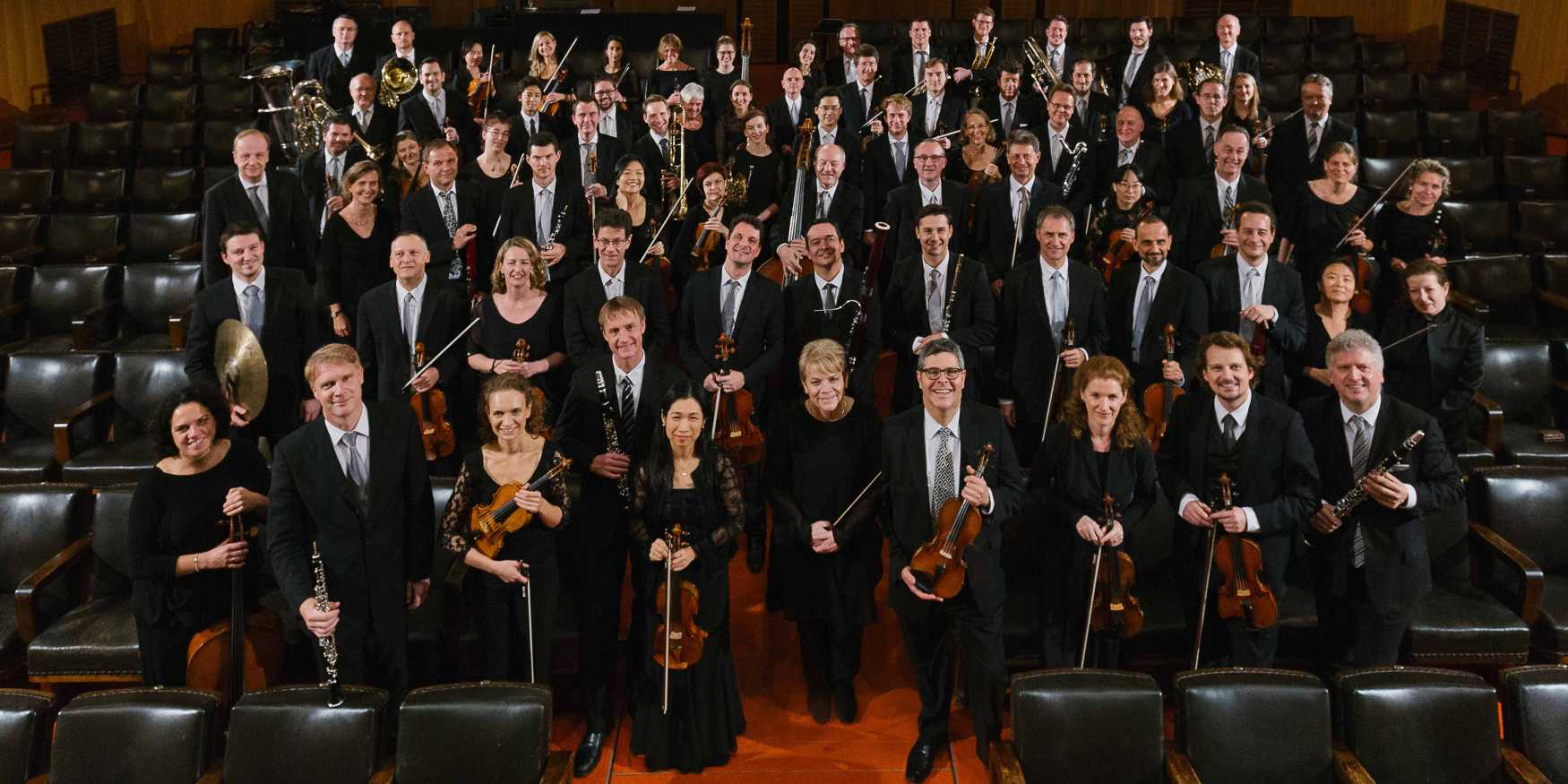 The ORF Vienna Radio Symphony Orchestra is a top orchestra of world renown.

It defines itself in the Vienna orchestral tradition. Marin Alsop took over as Chief Conductor in September 2019. The Vienna RSO is known for its exceptional, bold programming. By combining nineteenth-century repertoire with contemporary pieces and rarely performed works of other periods, the programming often places Romantic era classics in unexpected contexts.

Most of the Vienna RSO performances are broadcast on the radio, particularly on the Österreich 1 station, but also internationally. Moreover, it has been possible to hear the Vienna RSO concerts across the globe online for one week after the initial broadcast. Through its growing presence on television, as well as its collaboration with the FM4 young people's station, the Vienna RSO is constantly reaching out to new music lovers. Approximately 700 fans support the "Friends of the RSO" association.

The Vienna RSO regularly performs in two subscription series in Vienna, in the Musikverein and the Konzerthaus. In addition, it appears every year at major Austrian and international festivals. The orchestra has close ties to the Salzburg Festival, musikprotokoll im steirischen herbst and Wien Modern. Tours to Japan and China are a regular part of the Vienna RSO schedule as well. The orchestra has also recently played concerts in Thailand and Taiwan as well as the USA, South America and Germany at the Berlin, Cologne and Essen Philharmonic Halls and at the Elbphilharmonie Hamburg among others. Since 2007, the Vienna RSO has successfully collaborated with the Theater an der Wien, thereby gaining an excellent reputation as an opera orchestra. Yet the Vienna RSO is also entirely at home in the film music genre. Every year, the orchestra is conducted by composers who have won an Oscar for Best Achievement in Music Written for Motion Pictures at the "Hollywood in Vienna" Gala. In 2012, the Vienna RSO recorded the soundtrack to the film "Die Vermessung der Welt" (Measuring the World) and in 2016 it was actively involved in two features films: "Kater" (Tomcat) by Händl Klaus, winner of the Teddy Award at the Berlin International Film Festival, and "Die Geträumten" by Ruth Beckermann.

The broad scope of the Vienna RSO’s recording activities includes works in every genre, among them many first recordings that represent modern Austrian classicists and contemporary Austrian composers. This is how the "Neue Musik aus Österreich" series of CD recordings came about. Orchestral works by Friedrich Cerha, the recording of all nine symphonies by Egon Wellesz, orchestra music by Josef Matthias Hauer, and first recordings of music by Erich Zeisl are all part of this series. In 2012 and 2016 two CD sets "my RSO I" and "my RSO II" with twenty-four and twelve CDs were released. In 2019 the Live-recording of Gottfried von Einem's "Der Prozess", performed at the Salzburg Festival 2018, was awarded the "Diapason d'Or" and the "Preis der Deutschen Schallplattenkritik".

The Vienna RSO has also launched a broad-based educational programme, comprising workshops for children and young people, as well as the "Mitten in my RSO", "my RSO Musiklabor", and "Klassische Verführung" concert series. Highly talented musicians have been admitted to the orchestra’s own academy since 1997. The Vienna RSO plays regularly for the final concerts of the conducting classes at the University of Music and Performing Arts Vienna.