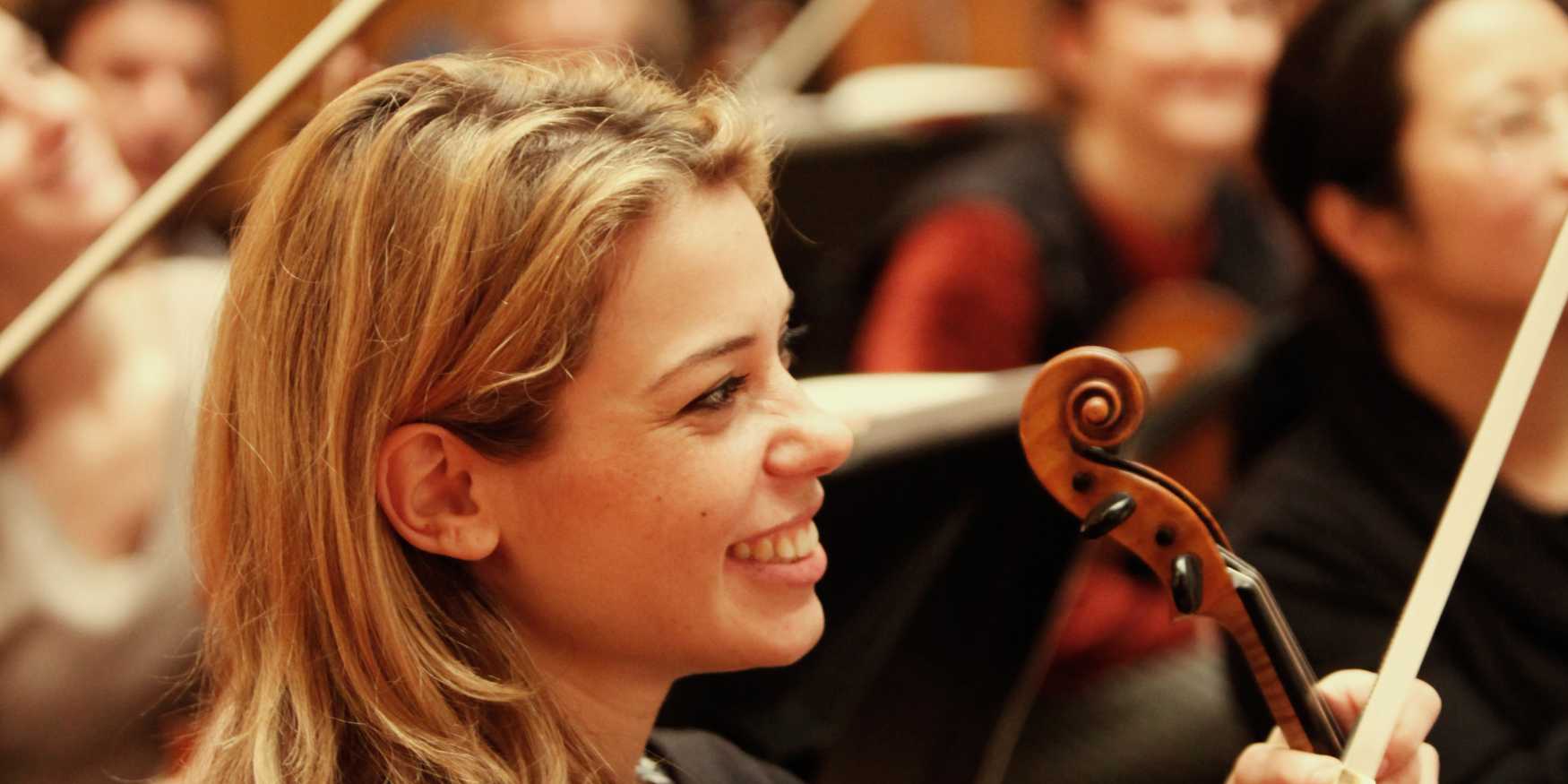 Kristina Suklar was born in Serbia in 1983. In 1997 she began her studies at the Music and Arts University of the City of Vienna in Prof. Werner Hink’s class. Parallel to these studies, she began studying at the University of Music and Performing Arts Graz with Prof. Tibor Varga in 2003. That same year she was awarded the Herbert-von-Karajan scholarship. In 2009 she completed her master’s degree in Prof. Pavel Vernikov’s class, graduating with distinction.