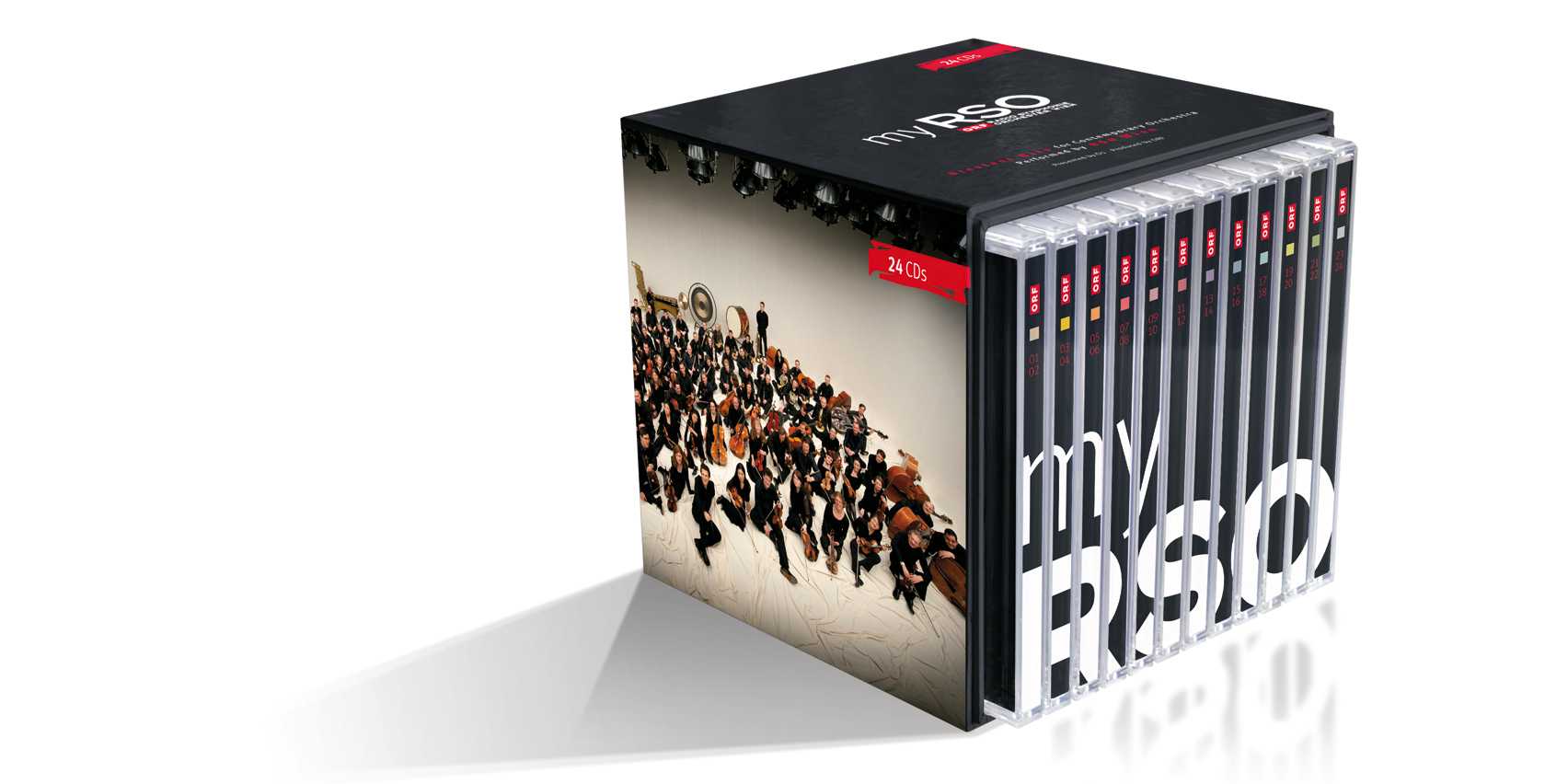 Musical journeys with the Vienna RSO and commentary
24 CDs

In the booklet with texts in German and English and on the CD with introductions and commentary by the dependable Ö1 radio team of Elke Tschaikner and Christian Scheib a wide range of musical journeys are conjured up.

The journey begins ecstatically — CD 1 is titled simply “Ecstasy – Ekstase” — with Ravel’s Bolero and music by Edgar Varèse, Alexander Scriabin and Arthur Honegger. Dropping in on the Strauss brothers, Vienna in Hollywood film scores and “dance music for advanced performers” with Pyotr Ilyich Tchaikovsky and Igor Stravinsky, the journey ultimately covers the whole world: “All the World – Die ganze Welt” is the title of the final adventure with music by Gustav Mahler and John Cage.

12 double CDs are also available individually for €19.90 each.