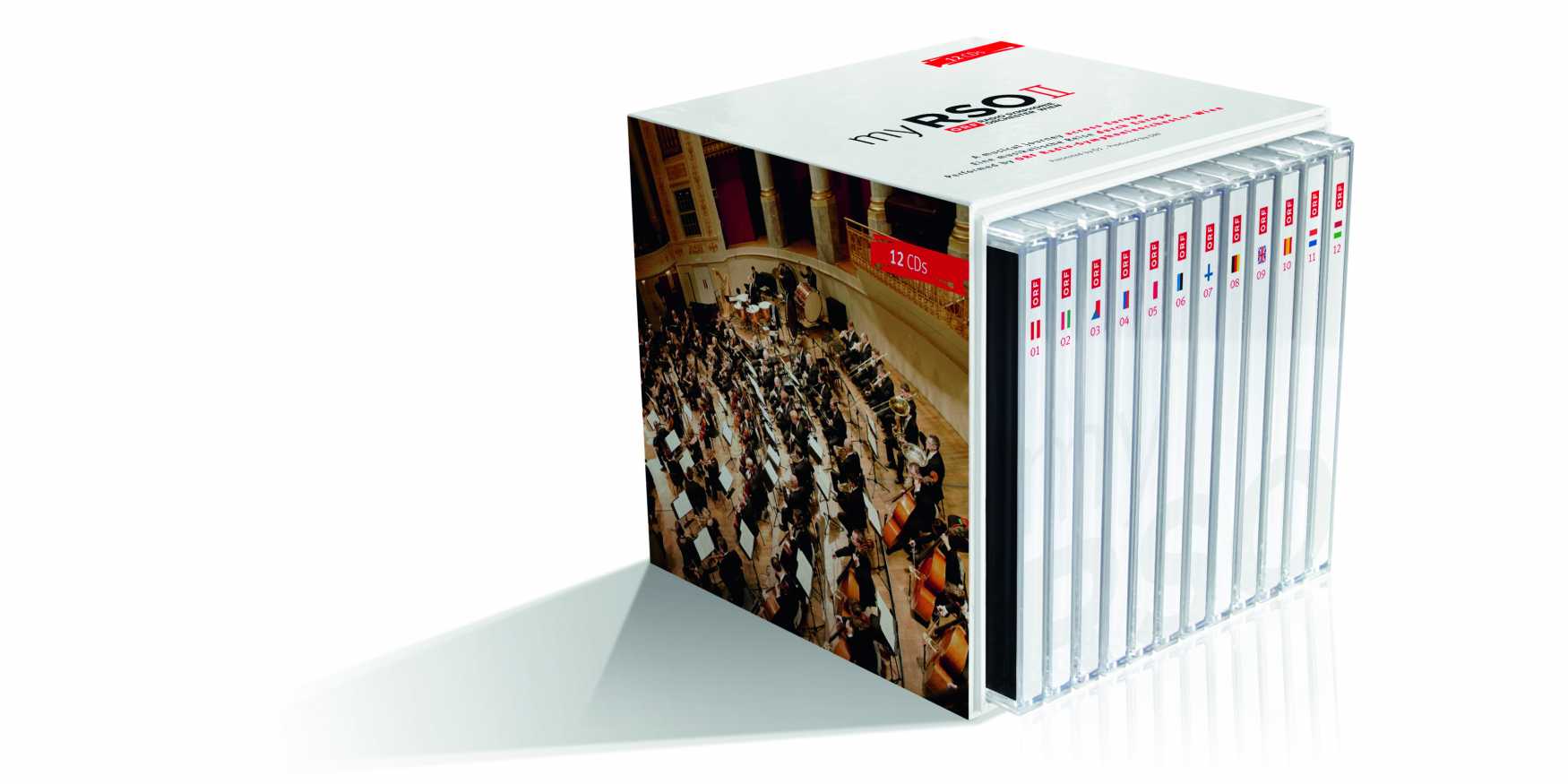 The new CD box from the Vienna RSO

Following the award-winning CD box myRSO (2012), a new compilation was released in November 2016 featuring recording treasures from half a century of orchestra history. myRSO Vol. II is ideal for music-lovers who enjoy travelling, because the twelve CDs take listeners on a journey through twelve European countries: from Spain to Russia, from Finland to Italy. The route includes some of the most popular landmarks, such as Mozart’s Clarinet Concerto, Smetana’s overture to The Bartered Bride, Romeo and Juliet by Tchaikovsky and Prokofiev, Rodrigo’s Concierto de Aranjuez and the “Chorus of the Hebrew Slaves” from Verdi’s Nabucco. Other milestones invite discovery: Penderecki’s adagietto from Paradise Lost, Pärt’s Credo, Henze’s Symphony No. 8, Boulez’s Figures – Doubles – Prismes and Nono’s Il canto sospeso.

An impressive range of sounds, compositional styles, melodic character and rhythmic spirit files past the travelling listener’s ear. Most of the compositions reveal the influence of their own regional musical language. However, the frame of reference is always the grammar of the music that goes beyond these regions and is understood across national borders and even on other continents. This is the template of a cultural Europe that can bring diversity and unity together.

15% reduction for Friends of the RSO, Ö1 Club members and ORF RadioKulturhaus cardholders