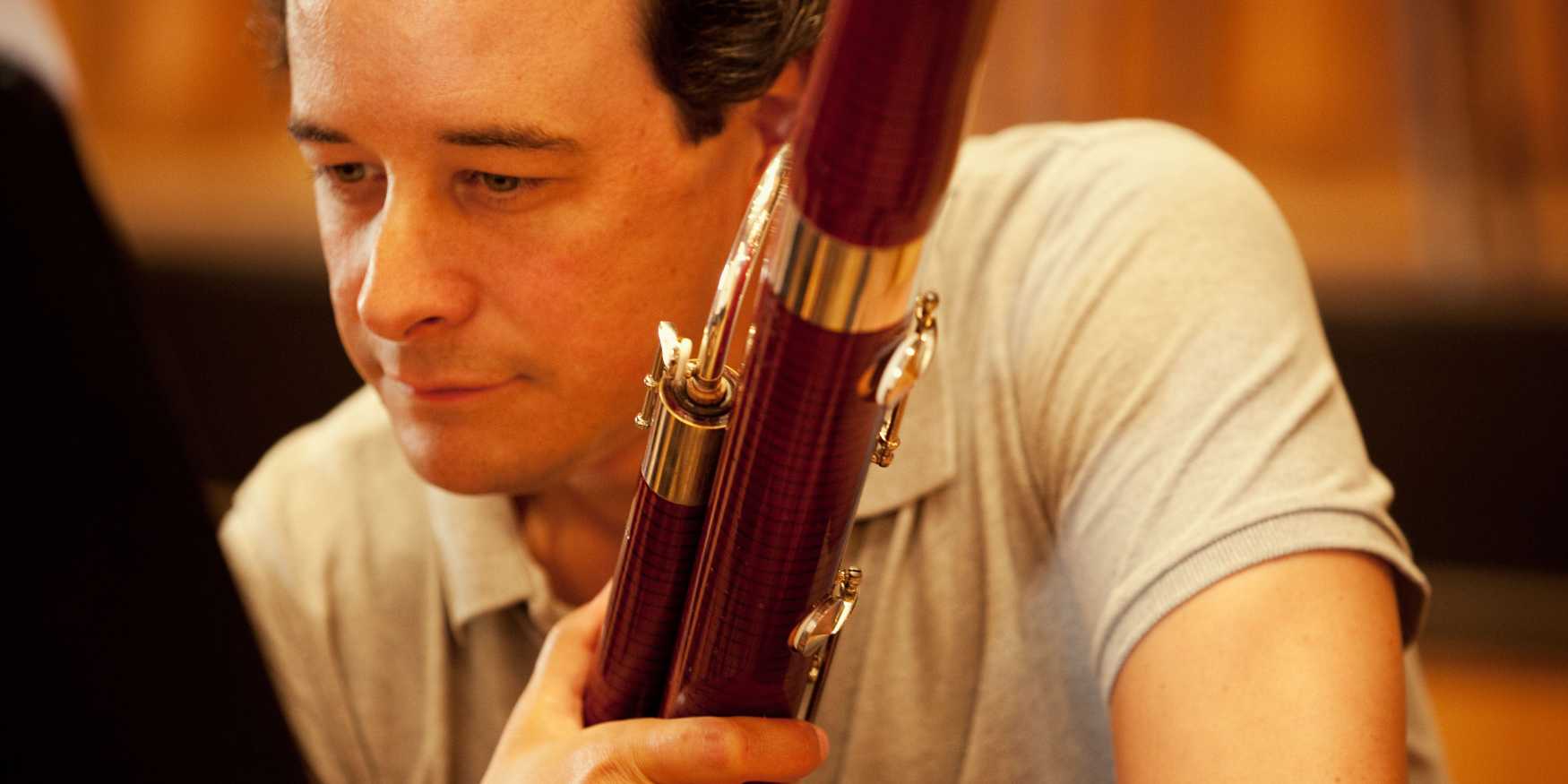 He studied first with Michael Werba at the Music and Arts University of the City of Vienna and then with Richard Galler and Marco Postinghel at the University Mozarteum Salzburg where he passed his master’s examinations in 2008 with distinction.

As a soloist and chamber musician (with the CrossNova Ensemble, the ensemble “die reihe” and the RSO bassoon quartet Fagotes Locos among others) his playing has already been heard in Austria and abroad. In addition, he has been involved in playing on historical instruments in recent years.

Besides his work as a musician, he is also an arranger and often teaches courses in chamber music and holds sessions for youth orchestras. He is also regularly involved in Jeunesse projects.

After four years with the Bruckner Orchestra in Linz he has been principal double bassoonist with the ORF Vienna Radio Symphony Orchestra since 2007. In addition he runs the “RSO music lab”, a series of educational workshops for school classes and guided concerts.