Abo concerts in the Musikverein Wien

Three of the six subscription concerts of the 21/22 season at the Musikverein Vienna will be conducted by principal conductor Marin Alsop herself, spanning a range from Romanticism to Classical Modernism to contemporary music. With Markus Poschner and Joana Mallwitz, two other greats will take over at the conductor's podium, until finally, at the last concert of the season, the baton is traditionally left to the youngsters with the final concert of the conducting classes of the MDW Vienna.

Chief conductor Marin Alsop has put the original version of Gustav Mahler's Symphony No. 1 on the programme for the Musikverein. She added two composers who were among Mahler's friends and yet burned out beside him. Hans Rott did not live to be 26, and when his E major symphony was unearthed in 1989, it was whispered that Mahler had copied from him. The overture "Julius Caesar" was written in 1877 after a visit to Bayreuth with his organ teacher Bruckner. Hugo Wolf, who was born the same year as Mahler, shared Rott's aversion to Brahms, which, however, became pathological in him and played a sinister role in his psychological decline. Among Wolf's few orchestral works is the symphonic poem "Penthesilea", a powerful setting of the unhappy battle and love story between the Amazon and Achilles during the Trojan War, composed a few years before Mahler's "Titan". 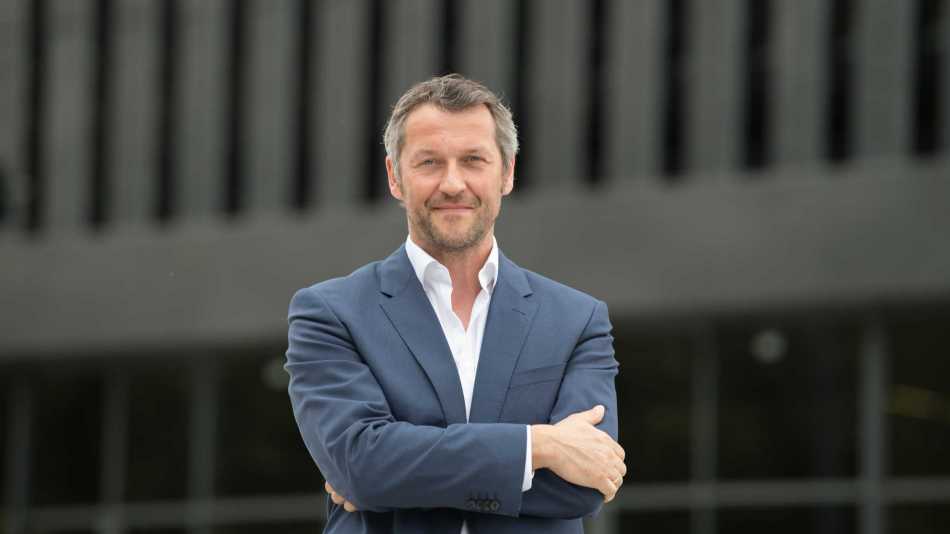 Bruckner wrote the original version of his 4th Symphony in 1874 during a time of professional setbacks. Shortly after its completion, he was already self-critical about his new work: "I have come to the full conviction that my 4th Romantic Symphony is in urgent need of a thorough reworking. There are, for example, violin figures in the Adagio that are too difficult and unplayable, the instrumentation here and there too overloaded and too restless." The finale in particular, which Bruckner was later to replace completely, evokes the eerie aspects of the Romantic era in its disjointedness. For conductor Markus Poschner, this is precisely where the work's forward-looking quality lies: "We want to show everyone that Bruckner still concerns us today, deeply touches us and also shakes us." In each of the Vienna RSO's concerts, Bruckner's symphonies are combined with the works of a contemporary composer. What looks like maximum contrast, however, has secret connections in the case of the Lithuanian Raminta Šerkšnytė. It is not far from Bruckner's famous symphony opening to the mythical tonal language inspired by natural phenomena in Šerkšnytė's "Midsummer Song". 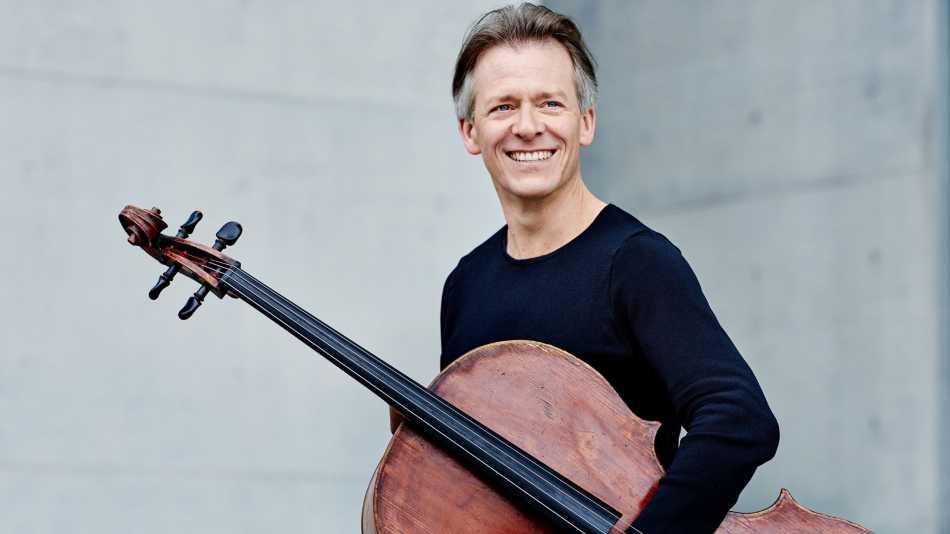 Marin Alsop combines stage music from the early 20th century with contemporary music. The dance suite from the expressionist one-act opera "Das Nusch-Nuschi" ("A Play for Burmese Marionettes") by Paul Hindemith, which was premiered in 1921, and Béla Bartók's one-act pantomime "Der wunderbare Mandarin" ("The Wonderful Mandarin"), which was launched in 1926, on the one hand - and, on the other hand, two Austrian premieres at the turn of the century: Australian Brett Dean's Cello Concerto (2018) and Charlotte Bray's "The Flight of Bitter Water", a jointly commissioned work by the Vienna RSO and the Winter International Arts Festival taking place in Sotchi. Brett Dean's Cello Concerto oscillates between hectic and relaxed. The soloist is supported by instruments that are rarely found in the orchestra: Hammond organ and sandpaper. Charlotte Bray, meanwhile, has given the Covid crisis sonic expression with "The Flight of Bitter Water": At first everything is still lively and busy ... but then comes the silence, threatening, writhing. 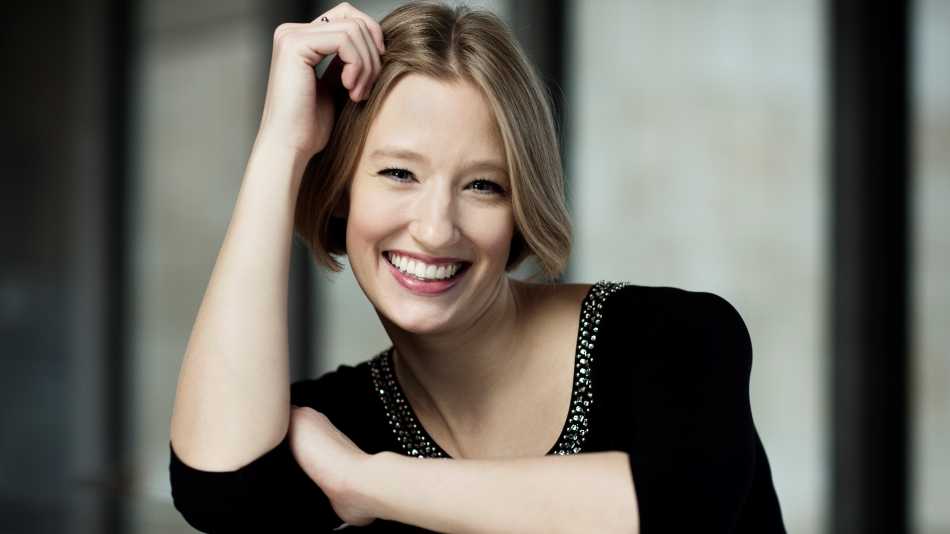 "Life in all fibres, colouring down to the finest gradation, meaning everywhere, sharpest expression of the individual": What Robert Schumann once wrote enthusiastically about Franz Schubert's C major Symphony D 944 could also apply to the Symphonic Pieces from the opera "Lulu". In the summer of 1934, Alban Berg extracted individual sections from the unfinished music theatre work and put them together in a kind of symphony with a singing voice. The "Great" C major Symphony is the name given to that capital piece with which Schubert was able to enter music history as a symphonist more than ten years after his death: After six youthful works that remained unknown and numerous fragments, he succeeded with this brilliant debut in creating something fundamentally his own in this genre. Joana Mallwitz has had her big breakthrough at the Salzburg Festival 2020 at the latest with Mozart's "Così fan tutte": This conductor burns completely in Schumann's sense for interpretations full of life, colour, meaning and expression. 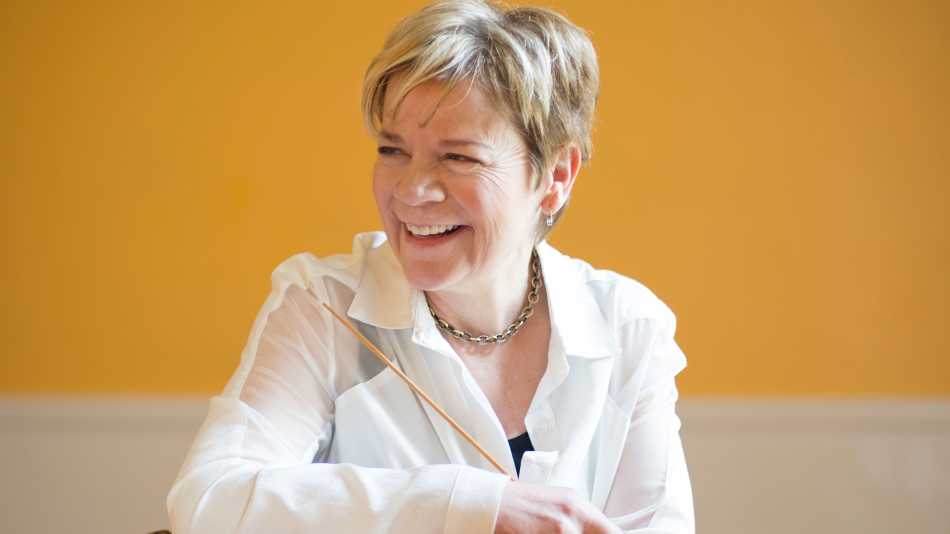 Marin Alsop, with her broad repertoire encompassing all aspects of romantic and modern music, does not like to be called a specialist. But it is fair to say that her interpretations and recordings of John Adams' music have few equals. Which is why an evening with icons of European modernism will make your ears prick up: Bernd Alois Zimmermann represents the second half of the 20th century, Georg Friedrich Haas the beginning of the twenty-first. They are framed by the most varied, least classifiable composer of American minimal music: John Adams. 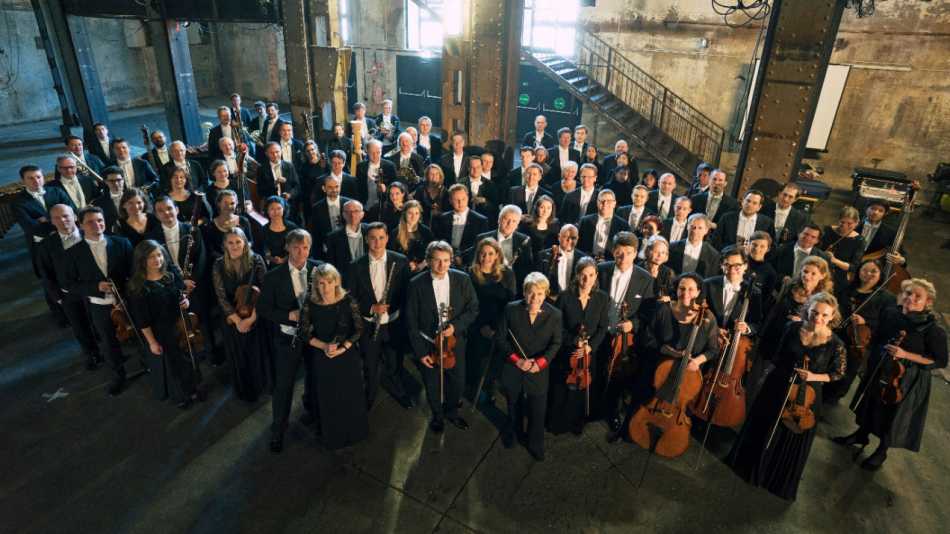 For many years, the Vienna RSO has cultivated its relationship with the mdw, which has been further intensified with Marin Alsop. The principal conductor began her work in Vienna in October 2019 with a series of events for which the mdw was won as a central partner: Women Conductors' Workshops, Women Composers' Lectures and a panel on "50:50 in 2030. Gender equality in music". In the meantime, Marin Alsop has taken up a residency at the mdw in addition to her work with the Vienna RSO and regularly gives conducting courses at the highly acclaimed Institute at Anton-von-Webern-Platz. The centrepiece of all joint projects between the mdw and the RSO Vienna is the annual final concert of the mdw's conducting classes. Since 1997, the best conductors at the mdw have conducted the Vienna RSO every year at the Musikverein Vienna at the end of their studies. For many of them this means the beginning of an international career, above all for Kirill Petrenko, whose meteoric career took off at that first, now legendary final conducting concert.