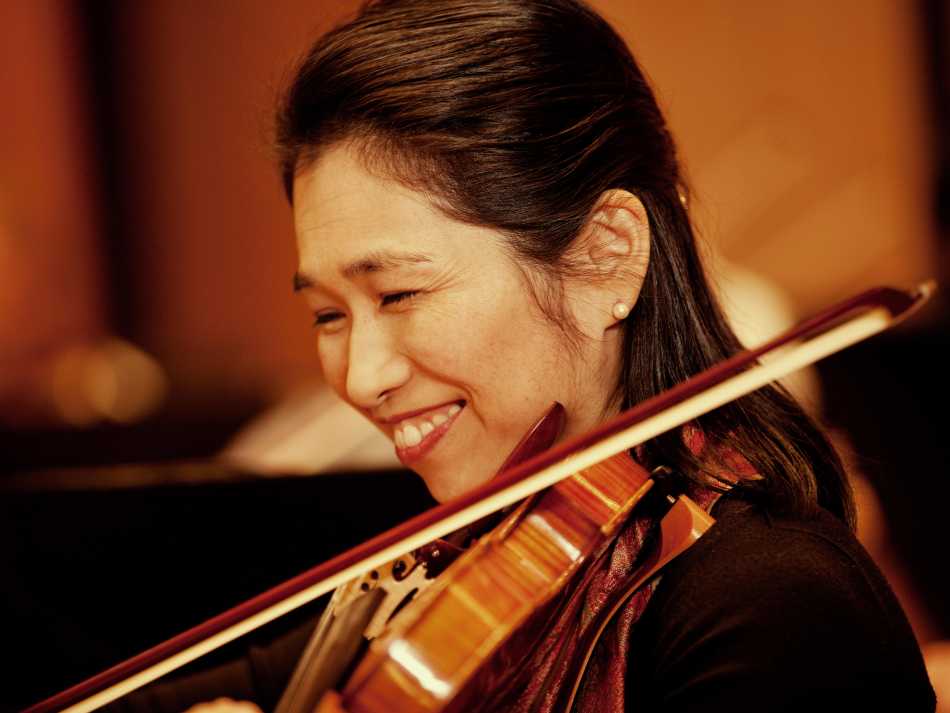 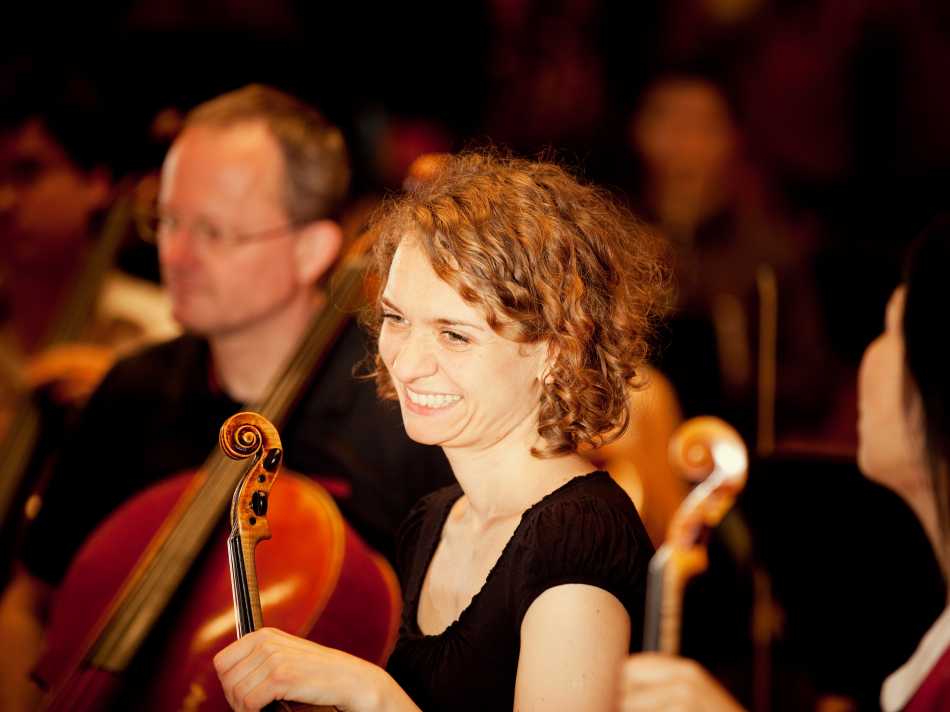 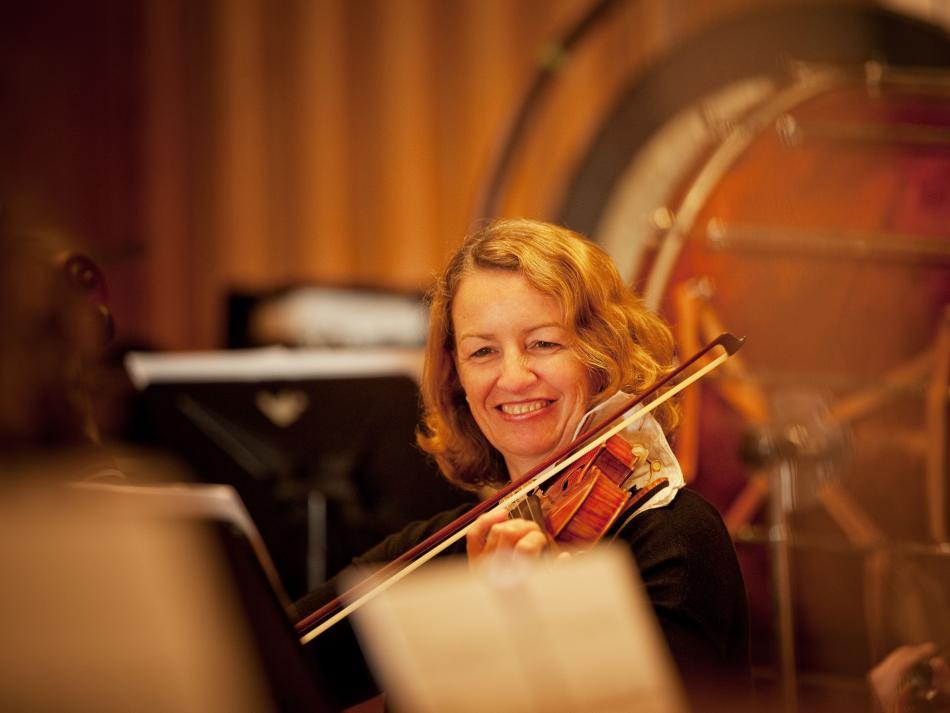 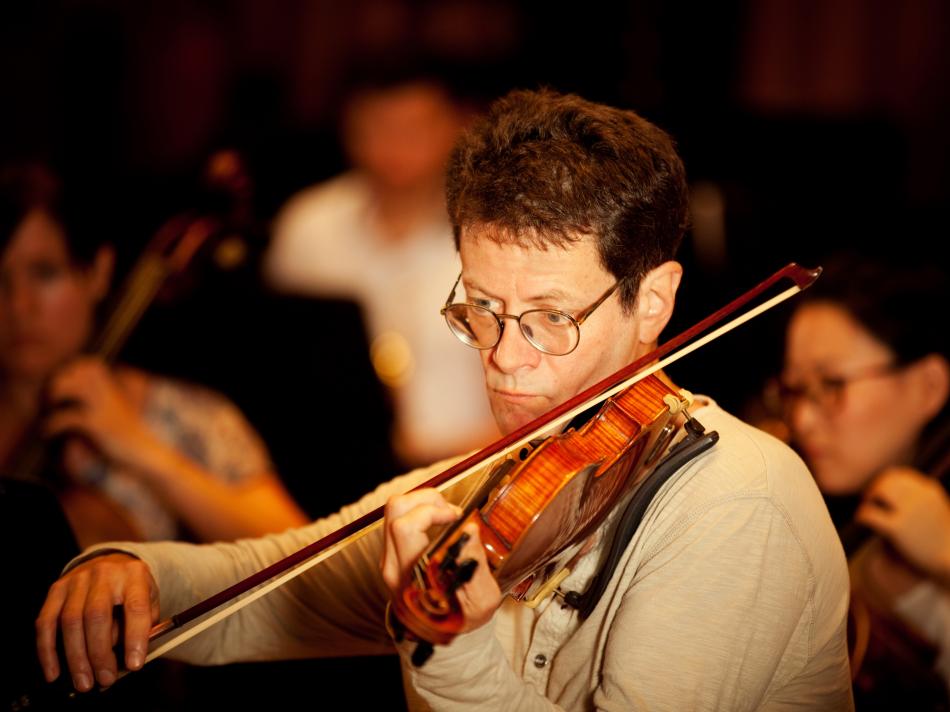 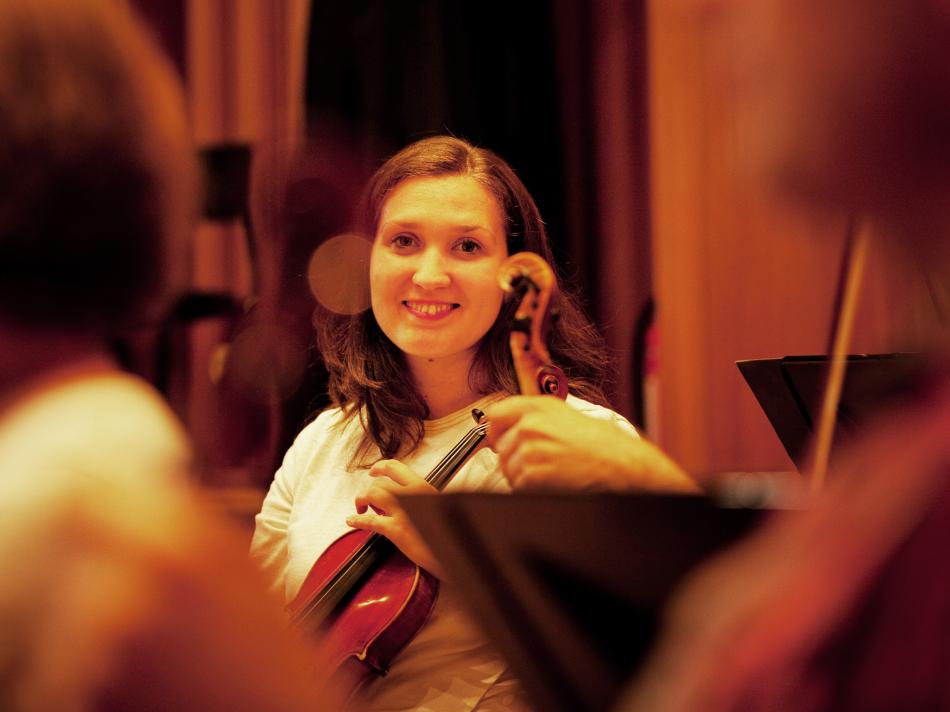 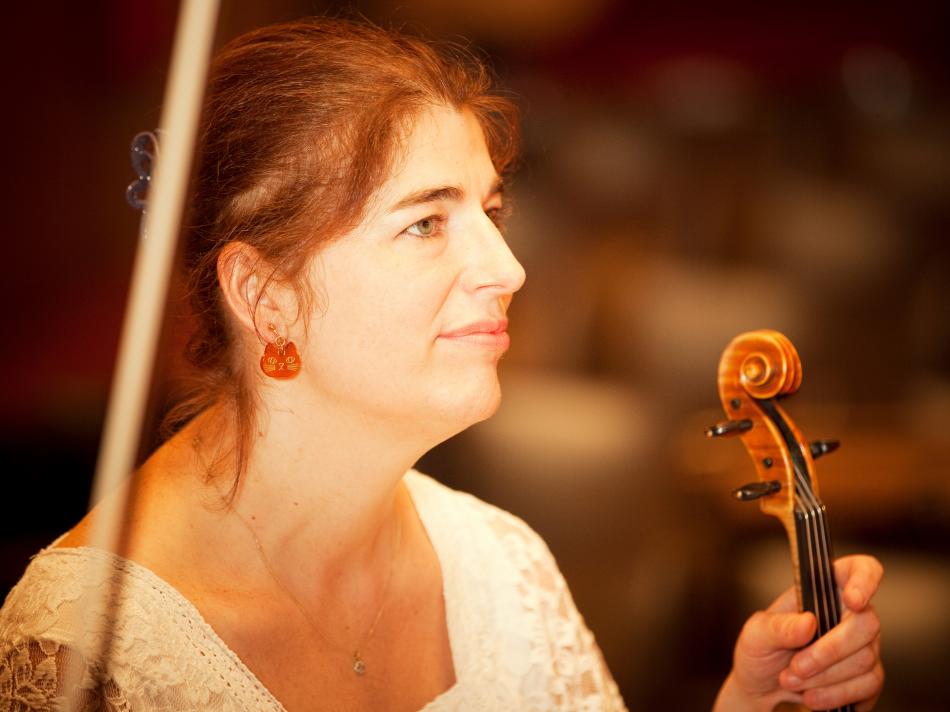 Barbara Chomča was born in Vienna in 1970.

She began taking violin lessons in Linz at the age of seven. She studied concert performance and trained as a teacher at the Anton Bruckner Private University in Linz with Prof. Bohumil Semik, continuing her concert performance studies with Prof. Michael Schnitzler at the University of Music and Performing Arts Vienna. She supplemented her studies with master classes given by Lynn Blakeslee and Ivry Gitlis.

She has been a member of various orchestras and ensembles including the Gustav Mahler Jugendorchester and the ensemble actuell under Franz Welser-Möst.

From 1996 to 1997 she stood in for a colleague on maternity leave in the Bruckner Orchestra in Linz. In 1998 Barbara Chomča was accepted into the Vienna RSO orchestra academy, and since 2002 she has been a permanent member of the second violin section. 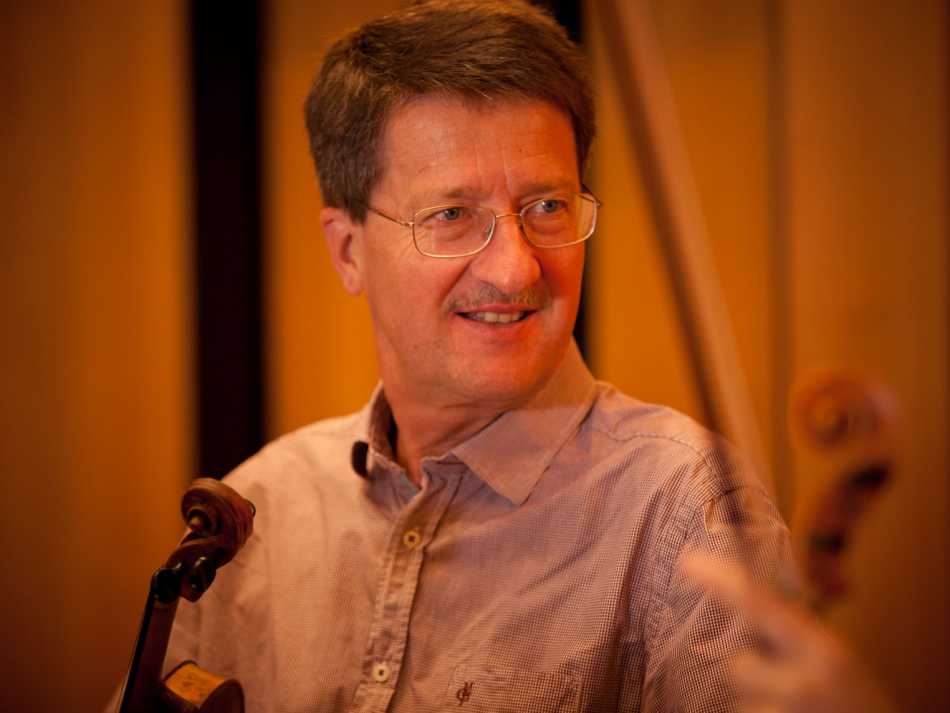 Rudolf Mayrhofer was born in 1958 and studied at the University of Music and Performing Arts Vienna with Prof. Günter Pichler.

He has been a member of the ORF Vienna Radio Symphony Orchestra since 1986. 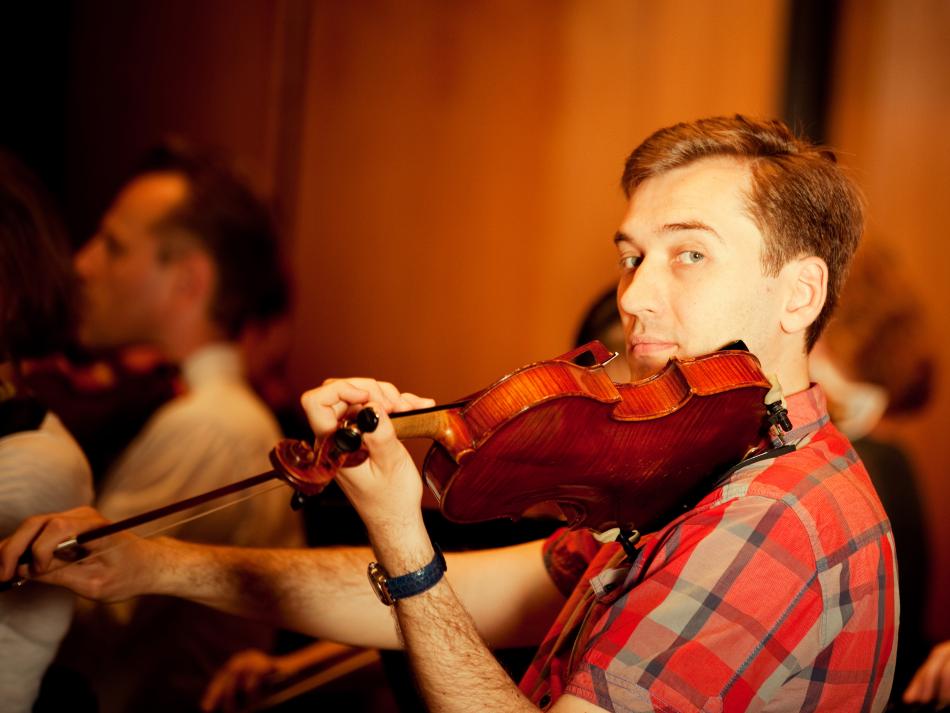 Boris Pavlovsky was born in Russia and completed his studies first at the Tchaikovsky Conservatory (Prof. Eduard Grach) and subsequently at the University of Music and Performing Arts Vienna (Prof. Klaus Mätzel and Prof. Gerald Schubert), graduating from both with distinction.
Performing as both a soloist and a chamber musician is of great importance to the violinist who has already recorded several CDs including the six violin concerti by Ysay.

Because he very much enjoys playing contemporary music he feels particularly at home in the Vienna RSO.

He has been a member of the ORF Vienna Radio Symphony Orchestra since 2013. 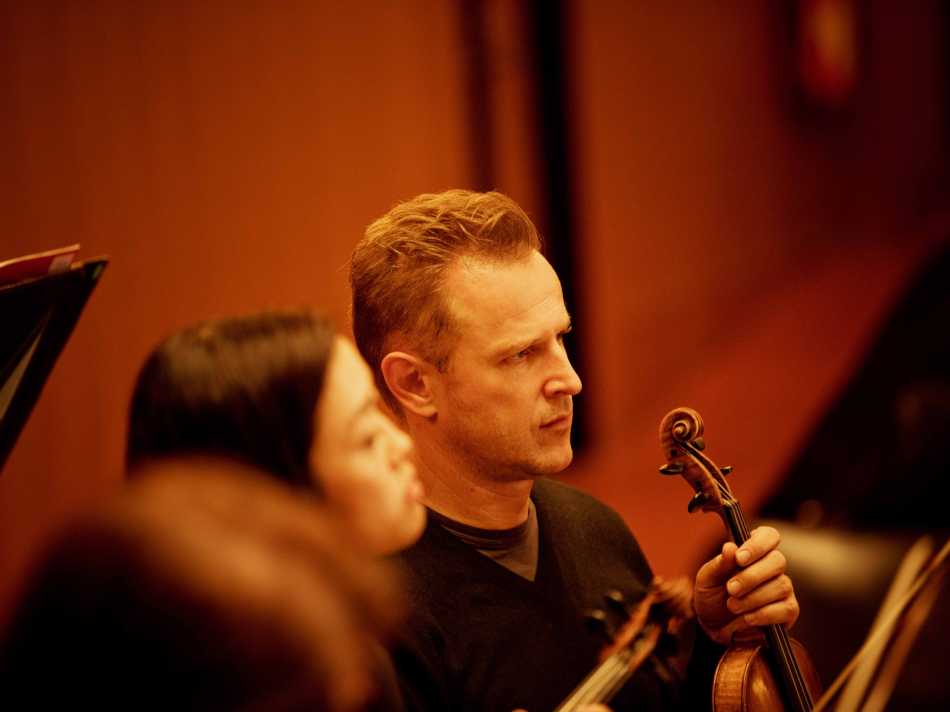 Johannes Pflegerl was born in Carinthia, Austria in 1976.

He has played the second violin with the ORF Vienna Radio Symphony Orchestra since 2006. 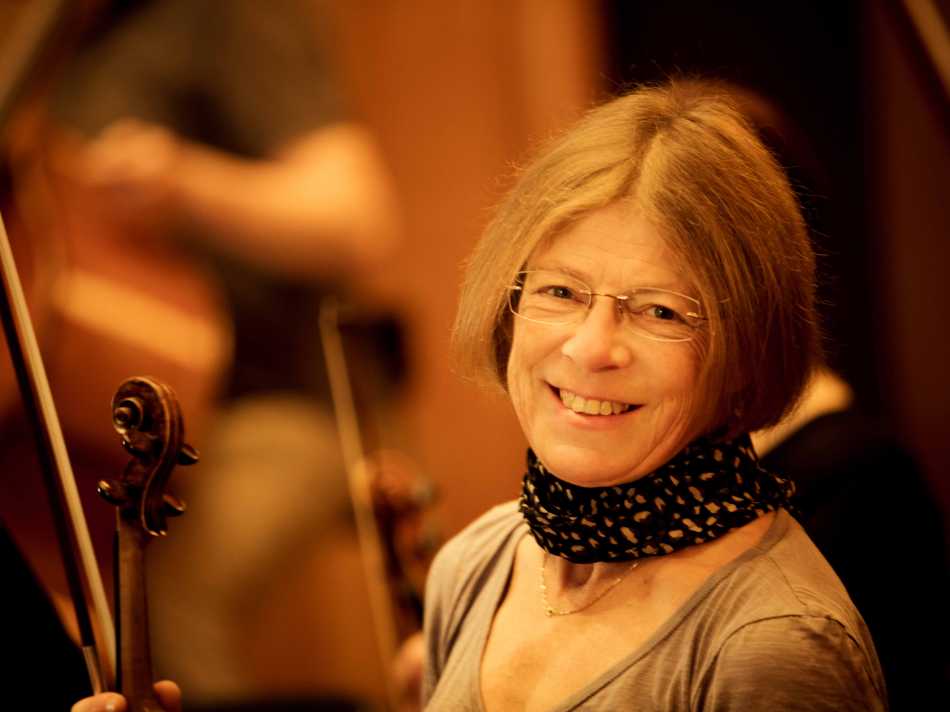 Sibylle Wurzinger-Gund was born in Bad Ischl, Austria in 1962 where she also grew up. She is a granddaughter of Robert Gund, composer of late Romantic lieder.

She took lessons with Fritz Scharlach in Salzburg, Karl Schatz in Linz and Thomas Kakuska in Vienna. Following completion of her diploma programme she passed the examination qualifying her as a teacher with distinction.
From 1984 to 1986 she was a substitute principal violinist with the Vienna Symphony Orchestra and a member of the Vienna Haydn-Sinfonietta.

From 1988 to 2010 she was a member of the ensemble Plus Ultra which focuses on Baroque chamber music. Since 2005 the musician has appeared regularly with the Währinger Streichquartett.

Sibylle Wurzinger-Gund has been a member of the ORF Vienna Radio Symphony Orchestra since 1987. 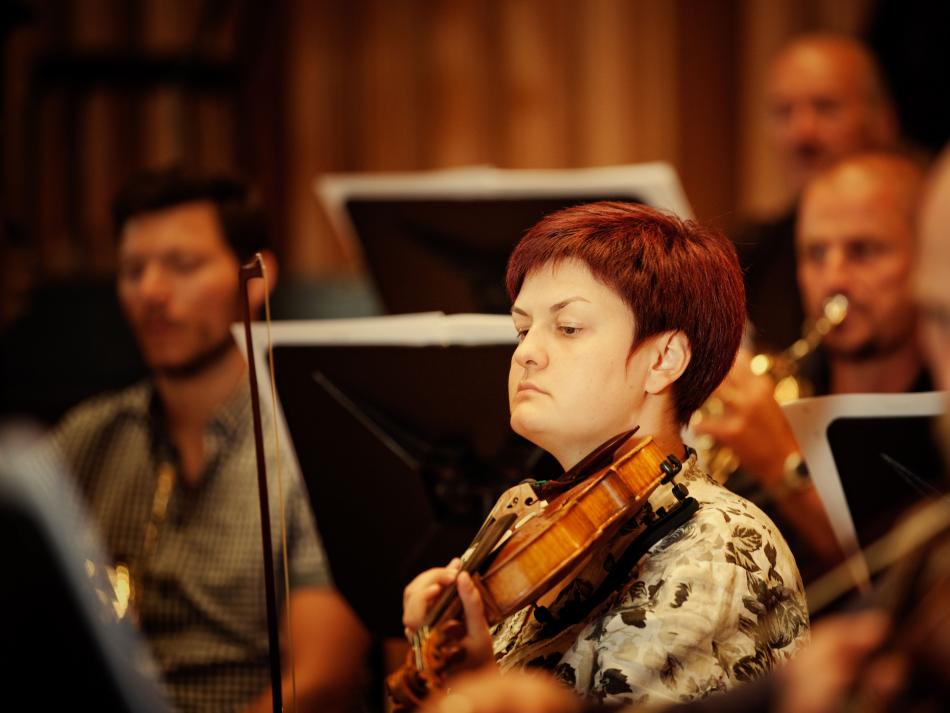 Iva Yablanska was born in Pleven, Bulgaria in 1988. She received her first violin lessons at the age of five.

She graduated from high school at the National School for Music in Sofia in the class taught by Blagorodna Taneva and Mincho Minchev. From 2007 she studied at the University of Music and Performing Arts Vienna with Prof. Jela Spitkova and Prof. Josef Hell. In 2015 she completed a degree course at the Academy of Performing Arts in Banska Bystrica.

Besides her work with the RSO Vienna, the musician is also a member of the Pacific Music Festival Orchestra in Japan and the Gustav Mahler Jugendorchester.

In 2010 Iva Yablanska obtained a position at the academy of the ORF Vienna Radio Symphony Orchestra and has been a permanent member since 2011.