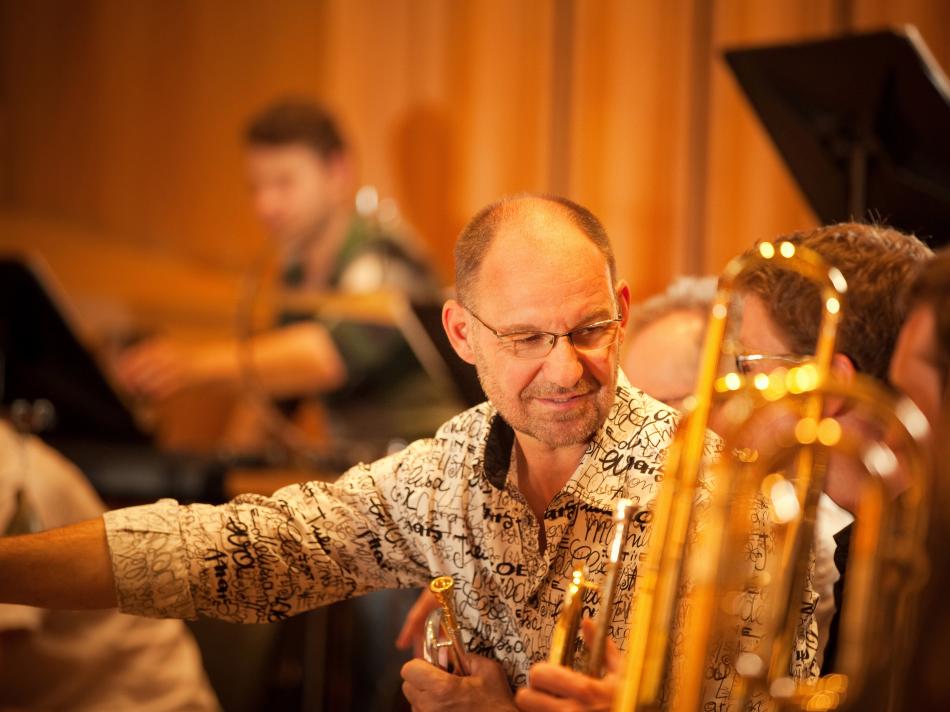 Johann Plank, born in Leoben, Austria in 1961, started learning the trumpet with Otto Pole and Prof. Fritz Mischlinger. From 1976 to 1982 he studied trumpet at the University of Music and Performing Arts Graz with Prof. Hans Meister.

He performs in Austria and abroad as both a soloist and a chamber musician.

Since 2012 he has held the chair at the University of Music and Performing Arts Vienna. Prior to that, he taught at both the Zawinul music school in Gumpoldskirchen and the Music and Arts University of the City of Vienna.

He has been principal trumpet with the ORF Vienna Radio Symphony Orchestra since 1982. 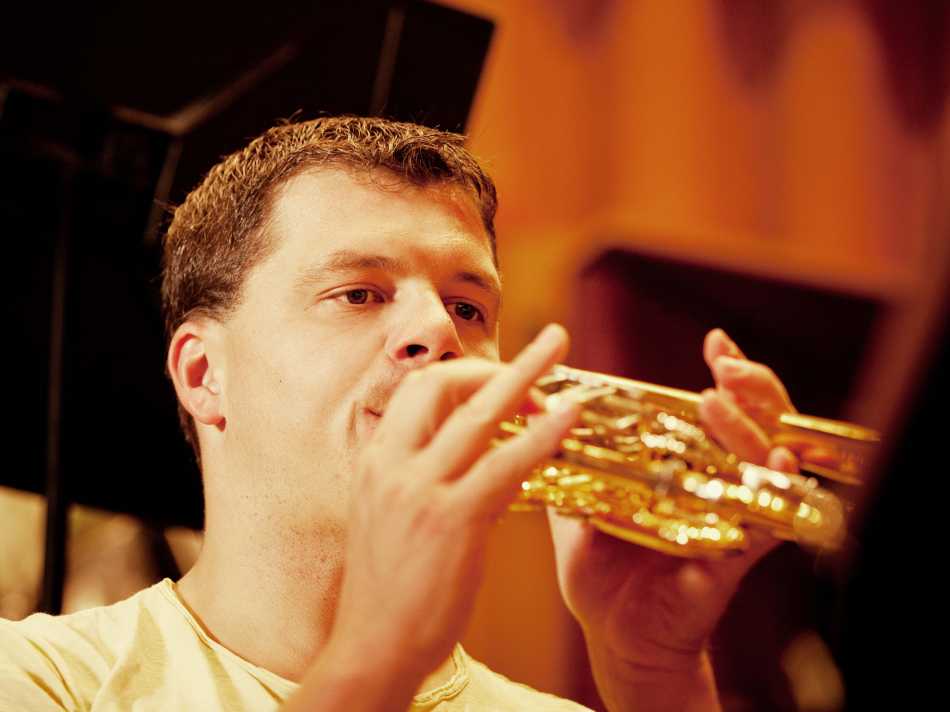 Peter Fliecher was born in Admont in Styria in 1981.
From 1994 he took lessons with Prof. Josef Eidenberger at the Anton Bruckner Private University in Linz and in 1999 won the Vienna Symphony Orchestra’s “Förderungspreis”. In 2006 he passed his second diploma examination at the Anton Bruckner Private University Linz with distinction. From 2000 to 2001 he undertook additional studies with Prof. Hans Gansch at the University Mozarteum Salzburg.

The trumpeter is very active both as a soloist and a chamber musician. He has already held the position of principal trumpet with the Symphonieorchester des Bayrischen Rundfunks, the Orchester der Bayrischen Staatsoper, the Munich Philharmonic, the Vienna Symphony Orchestra, the Orchestra of the Vienna Volksoper, the Bruckner Orchestra Linz and the Mozarteumorchester Salzburg. In addition, he has also given solo concerts with the orchestra of the Anton Bruckner Private University, the Innviertler Symphonieorchester, the Streichorchester der Gardemusik Wien, the Imperial Orchester Wien, the Militärmusik Oberösterreich, the Symphonisches Blasorchester Ried im Innkreis and the Ensemble Linz. Accompanied by an organ he has performed as a soloist at the Neuer Dom in Linz, St Stephen’s Cathedral in Vienna and the Brucknerhaus in Linz.

With the ensembles Kontrapunkte and “die reihe”, the Klangforum Wien and the Theophil Ensemble Wien he often appears as a chamber musician. Peter Fliecher is a member of the Innviertler Wadlbeisser and has played in concerts staged in collaboration with the ensembles Mnozil Brass, Art of Brass Vienna and Pro Brass.

Since 2014 he has been trumpet professor at the Music and Arts University of the City of Vienna.

Peter Fliecher has been assistant principal trumpet with the ORF Vienna Radio Symphony Orchestra since 2001.

Christian Hollensteiner, born in Graz in 1985, received his first trumpet lessons from his father, Johann Hollensteiner, at the age of eight. From 2000 to 2001 he was taught trumpet by Prof. Kinder and Prof. Jud at the Graz Conservatory, and from 2001 to 2006 he studied with Prof. Uwe Koller at the University of Music and Performing Arts Graz. He attended master classes given by Hans Gansch, Matthias Höfs, Martin Angerer, Hannes Läubin, Bobby Shew and Allen Vizzutti.

Besides his work in various ensembles such as Vienna Brass Connection, the Brassband Oberösterreich, the ensemble „die reihe“ and Kontrapunkte, he also performs as a soloist.

He won first prize at the 2009 Intermusica Soloists’ Competition. In 2009 and 2010 the Brassband Oberösterreich was awarded the Best Soprano Cornet prize, and in 2011 he received the same award with the Cory Brassband.

From 2002 to 2004 he worked as a teacher at the music school in Kumberg, and since 2006 has regularly given private tuition and has taught at a wide variety of brass workshops.

Christian Hollensteiner has been 1st / 3rd trumpet with the ORF Vienna Radio Symphony Orchestra since April 2006.

Franz Tösch was born in Bruck an der Mur, Austria in 1967. He received his first trumpet lessons at the age of ten.

He studied with Hans Meister, Stanko Arnold and Hans Peter Schuh at the University of Music and Performing Arts Graz and Oberschützen.

Since 1995 he has been teaching at the Oberschützen Institute of the University of Music and Performing Arts Graz and since 2007 at the music school in Neunkirchen.

He has been with the ORF Vienna Radio Symphony Orchestra since 1993.